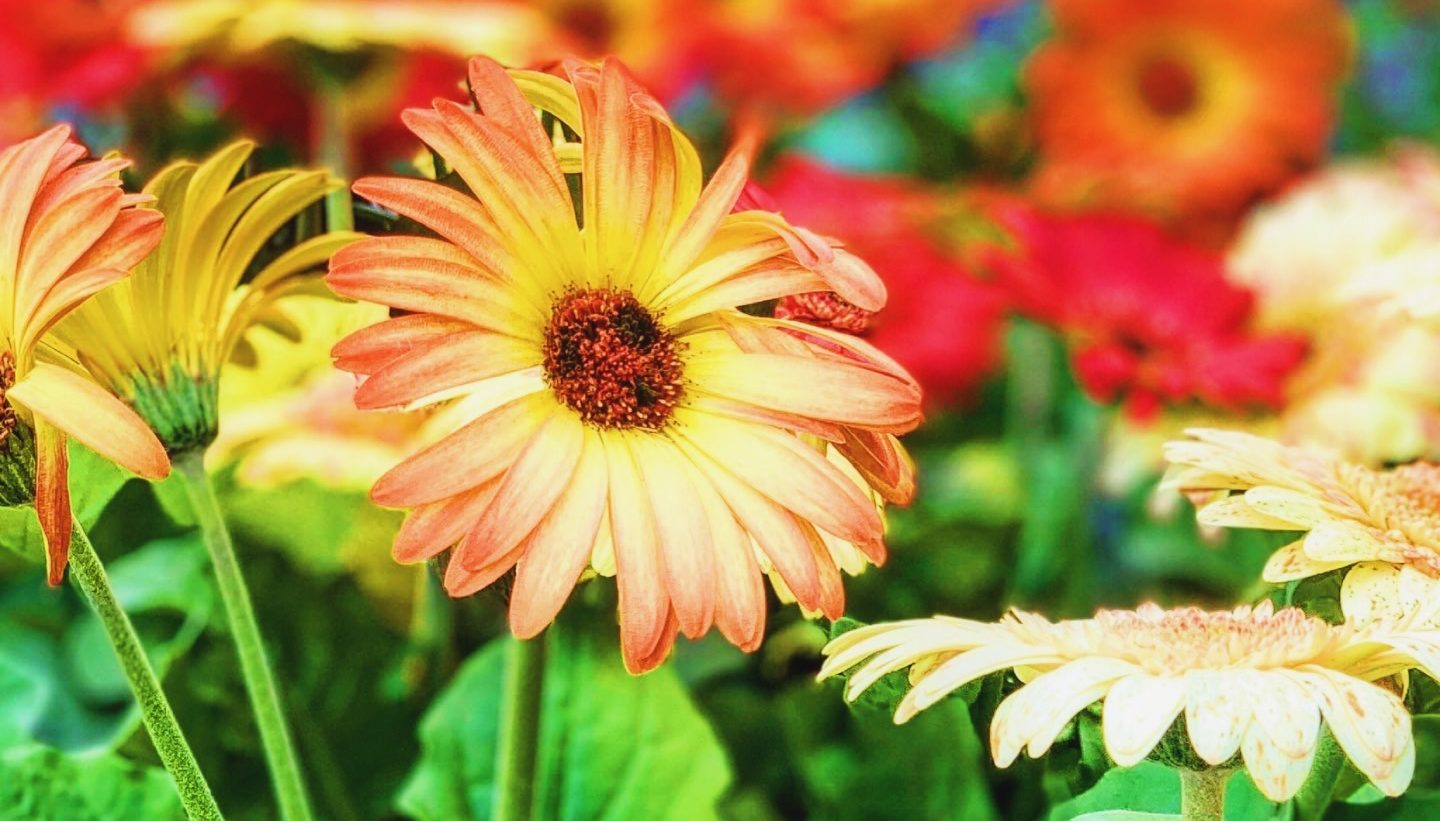 I posted an update on my weight loss journey recently and it reminded me that I needed to get back on my diet. But guess what? I didn’t do it. Today, I walked from my house to my camper behind my house, which is about 50 yards away, and I was breathing hard and felt so out of shape. How sad is that? I mean, yes, it is hot outside but I feel like I should be able to walk 50 yards.

I immediately got on Facebook and asked my friends list what advice they had for starting to run and lose weight. Fortunately, I have some amazing people in my friends list so I got a lot of advice and tips.

Because I want to not only be held accountable, but also actually see any differences, I created an instagram account strictly for my weight loss journey. Please go follow the account and seriously… hold me accountable. I’ll post photos and videos of my journey. This will help me be honest with myself; if I feel embarrassed about taking a photo of the food I am eating, then maybe I shouldn’t be eating it, right?

I have to do this for myself. I hate this photo of myself (to the right) because of how big I am. I know I shouldn’t care, but it’s for my health, both physical and mental.

Taking a new approach to things and situations can be difficult, but sometimes it’s for the best. So in my attempt to do this, I’ve created a different way to get inspired to write more. This idea popped in my head randomly, even though I’m pretty positive others have thought of it before.

The idea is this: write down some writing prompts (it’s okay to get ideas from Google; write down the ones you’re most interested in) on some note cards, fold them up, and put them in a jar. When you feel uninspired, shake the jar, pick a lucky note card, and boom. Write about what’s on the note card. The writing prompt that I picked was “Find your most popular blog post and write a second series of it or an update on it.” For me, my two most popular blog posts are “Well, here goes…” and “Dear Kobe.” There is honestly nothing else I feel I need to write about Kobe Bryant because it’s still such a sad and tragic loss, and it’s still pretty fresh. This year has felt like two years to me, but unbelievably, at least to me, Kobe only died 5 months ago. Maybe next year I’ll have more to write. Until then, I’ll write about the first post I mentioned, “Well, here goes…”

Basically, in that post, I wrote about having trouble losing weight despite having tried everything to lose the weight. I talked to doctors, did tests, tried a million and one diets, and nothing worked. I decided to have weight loss surgery. This post was written May 11, 2018, and I had the surgery on August 10, 2018. I did the whole thing; the diet leading up to it, the psychiatric testing, the exercising, the seminars, the appointments, everything, leading up to the surgery. For the first few months after the surgery, everything was going pretty good. It was difficult, I won’t lie, but it was okay. I noticed I wasn’t losing weight as quickly as I expected, and frankly, as my doctor expected. I was doing everything right; my mom was helping with portion control, making the right food, and helping me mentally when I really wanted something unhealthy.

I went to the follow up appointments and my stomach healed perfectly. I was sticking to the diet and losing weight here and there. I lost right at 30 pounds. I loved the way I felt and even looked. My face was slimmer and I even lowered my blood sugar, blood pressure, and cholesterol levels. I was so proud of myself, but in the back of my head, the depression said it wasn’t good enough. The thing is, it wouldn’t let me do what I had to do to lose more weight either. Eventually, I had that first bite of unhealthy food. It’s gone downhill since then.

I gained those 30 pounds back, plus about 5 more. I’m disappointed, I’m ashamed. I started trying to exercise again and I just do not have the energy to do it. I love hiking, but I haven’t hiked all year.

I went to my doctor about a month ago and asked her to check my thyroid because it can have a huge effect on weight loss and weight gain. I was even hoping there was something wrong just so it could be the solution to my problem. The tests came back normal.

I am starting to look into a personal trainer of some kind or even a nutritionist to help me. I will find out what I’m doing wrong or simply not doing to lose weight.

So that’s the update. The surgery didn’t work for me, but I have seen that it works for so many people. I would never discourage it, but don’t use it as an excuse to not put in the work. Having the surgery means putting in MORE work. It was the ultimate last resort for me. I am discouraged because of my weight loss journey, but I am not giving up. I just need to find what works for me. I’ve tried a lot of different things, but I haven’t tried them all. Finding the approach that works for me can be a life changer and life saver.

I preach that a lot on my social media because, simply put, it’s true.

At the risk of sounding educational and writing this like a school paper, I want to inform you of just a few things.

There are people in the hospital with cancer and they of course are getting the help they need. Now don’t get me wrong, I’m not taking ANYTHING away from anyone and their battle with cancer and chemo. But just like you can see cancer on an MRI or PET scan, you can also see depression in an fMRI or PET scan. The scan can pick up abnormalities or different brain activity in someone with depression compared to someone without depression. 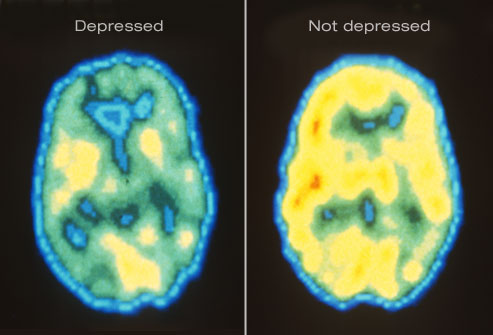 People with cancer go to the hospital to get treated, and so do people with broken bones. It doesn’t matter what the problem is, to the person battling with it, it’s big to them (Again, I know cancer is a major problem compared to a broken bone, I’m just using a broken bone for the example). Just because depression is “invisible” to other people (because as we know, depression shows physical symptoms as well), does not mean you don’t deserve the help, whether it be with therapy, medication, or even ecotherapy. Broken bones heal and they’re good to go after a month or two. But unfortunately, mental illness is an ongoing disease.

The World Health Organization defines health as a state of complete physical, mental, and social well-being and not merely the absence of disease or infirmity.

There is no health without mental health.

I’ve had a hard time letting go throughout my entire life. With people, with things, with memories, with actions or behaviors… it’s just hard for me to let go. I’ve always held on so tightly that it affects my own mental health, and if it’s holding on to a person, it doesn’t affect them. And that affects me too. I would get angry that I was hurting and they didn’t care. I would get angry that I check on people but nobody would check on me; honestly, sometimes I still do.

People, their behaviors, their attitudes, their lack of love, and situations can all be rocks. Friends, family members, romantic partners, bosses, whoever… they won’t show us that love that we fight for because they’re rocks. They won’t do it because they can’t. And they certainly won’t. So let’s help ourselves out and realize that rocks can’t change. Rocks can’t show love. Rocks can’t reach out to us and check on us from time to time. I can’t say why some people are like this because I’m not some superhuman behavioral scientist that understands all people, but I can tell you that when you’re own mental health starts getting affected, it’s time to let go. You’re… we’re… not going to get the love we desire from someone who is a rock.

It’s so difficult to remember and to realize when we have to let go, but we have to do it. You know that photo that depicts a hand holding tightly onto a rope, but the rope is cutting the skin and making the hand bleed? (I’ll post it below) It’s so accurate, isn’t it? Once we let go of the rope, our hands aren’t bleeding and sore anymore. Same with the rocks in our lives… when we let go, we won’t be hurting anymore. We won’t keep expecting results when the rock can’t and won’t produce those results for us. 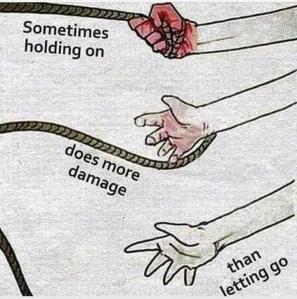 Once we let go, we won’t suffer anymore. We’ll learn to provide the love we want so desperately for ourselves or we’ll even find a person that can provide it.

Trust me, I know how hard it is to let go. I’ve made my fair share of mistakes and I’ve even lied to myself and said I let go when in reality I didn’t, and then when I wanted those people to love me (again), I got hurt… again. So yes, letting go is so so difficult, but it’s vital to our mental health.

One of the best decisions you’ll make in your life is letting go of something that will not change. Wish them the best (or don’t say anything, whatever is best for your situation), delete their number from your phone, and move on. Take it a day at a time, but watch how much better you’re going to feel once you do it. A mental health podcast dedicated to the education of mental illness and the psychology explaining it, and ending the stigma surrounding mental illness.